Home Smartphone Review ASUS Zenfone 3 Deluxe and Ultra: The renewal of the Zenfone 2 comes with a trio of phones

ASUS Zenfone 3 Deluxe and Ultra: The renewal of the Zenfone 2 comes with a trio of phones

Besides the new ASUS ZenBook in March, the Taiwanese company has used Computex to unveil the successor of Zenfone 2. Yes, successors, in plural, because we will have a base model (the Zenfone 3 to dry), a model with specifications more powerful (Zenfone 3 Deluxe ) and one with the giant screen (Zenfone 3 Ultra).

ASUS Zenfone 3 at the mid-range

The most affordable of the new models will be the ASUS Zenfone 3 than what first draws attention is its design. ASUS moves over the plastic to bet on the Gorilla Glass glass both on the back and the front of the phone. Around them, a metal frame will handle them together and cover the sides of the terminal. The company also claims to have reduced frames, with 77%, front of the phone being occupied by the screen. 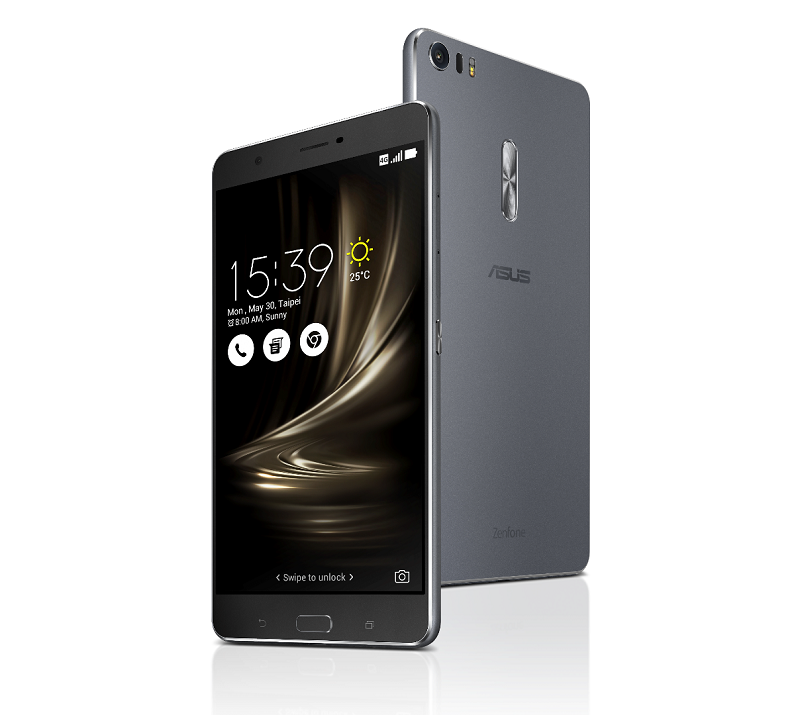 ASUS has opted for a FullHD IPS panel for 5.5 – inch screen, which will move with Qualcomm Snapdragon 625 and up to 4GB of RAM. Internal storage is up to 64GB (expandable through the second slot for SIM) and ASUS again not skimp on battery: 3000 mAh (non-removable, yes). The connector selected by ASUS is a USB-C 2.0 and the phone also included in this version fingerprint reader, located at the back behind the camera.

During the presentation also they insisted that have taken care of all aspects of photography in this terminal. The rear camera will have 16MP (Sony IMX298) and the front with 8MP. Among other features mentioned, you will have dual LED flash, 4K recording, laser focus and image stabilization (optical 4-axis for photos and electronic 3-axis video 4K).

While the Zenfone 3 seems to be aimed at those seeking an acceptable performance without spending a fortune, the ASUS Zenfone 3 Deluxe is clearly the commitment of the high – end brand. The design changes: now we speak of an aluminum body and ASUS claims to have done it without visible antenna lines and with extreme thinness of 4.2 mm. The fingerprint sensor is retained in the rear.

The screen grows a little, until 5.7 inches, but technology changes completely: in this case, ASUS has opted for a SuperAMOLED panel. Inside you will find a Qualcomm Snapdragon 820 and 6GB of RAM. As for internal storage, there will be three versions: 64GB, 128GB and 256GB.

In this case, the connector is USB-C 3.0 and battery, but will also be 3,000 mAh, includes the possibility of rapid charging. The camera also improves: 23MP (Sony IMX318) to the rear, with the same characteristics (optical stabilization, laser focus, etc.) than the previous model.

You may also like to read another article on iMindSoft: The top end maintain or reduce size in 2016, are we asking for smaller screens!

What is your thing the big screen? For eye with “pantallaza” the Zenfone 3 Ultra: 6.8 inches (1080p, yes). In this case, the processor chosen by ASUS is the Snapdragon 652 and that is itself in up to 4GB of RAM, but the camera is the same as the Deluxe: 23MP. Also repeated with the USB-C 3.0 and the fingerprint reader carrying the two previous models, although the latter happens to be on the front below the screen.

Yes, despite being bigger, it will not be as powerful as the Zenfone 3 Deluxe (and no more expensive). There are two other important differences. First, the battery with fast charging but also up to 4,600 mAh and have the ability to charge other devices. And the second, improved image processor and, according to ASUS, optimized for playback at 4K.

ASUS has not specified launch dates but we do have international prices for base models (note that in some specifications mentioned “up”, that’s because they will have several values to that limit): $ 249 for Zenfone 3 (3GB RAM and 32GB space), US $ 479 for Zenfone 3 Ultra and $ 499 for the Zenfone 3 Deluxe (6GB RAM and 64GB space). For more visit http://healthiestlife4me.com/.