When that old floppy drive dusty, again be useful has come FloppyFlash

For those who do not remember, some years ago all computers have floppy drives which we used to store, transport and share information with others, with the passage of time it became obsolete because our storage needs increased, so who arrived new smaller, faster and with greater capacity formats.

However, there are still people who have computers with these units, where many of them are no longer used and are just taking up space that could be used for another activity. If this is the almost anyone who is reading this, there is good news, because a company has designed a device that can replace the floppy drive and give it a new utility as Compact Flash card reader. 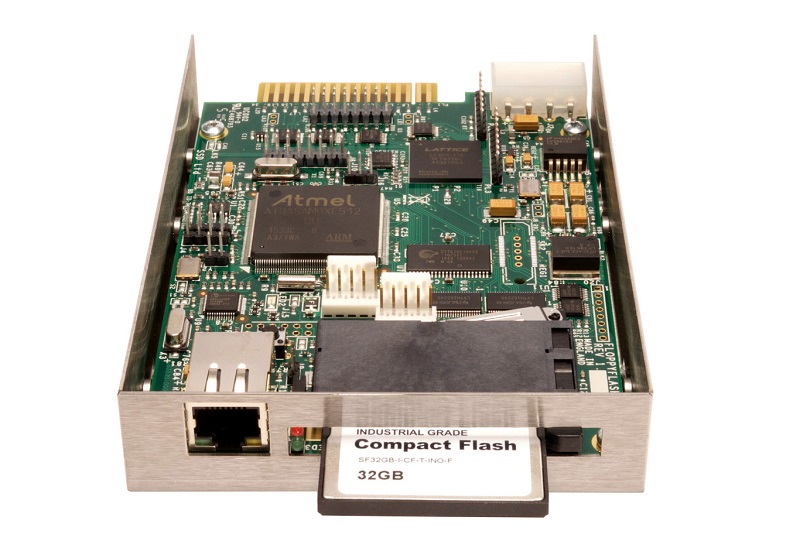 FloppyFlash, the unit that gives new life to the old floppy drive

The company known as Solid State Disk Ltd. believes that still exist in the world many obsolete computers with floppy drives, so have decided to create a solution that occupies the same space and even uses its connectors and design, so this Floppy now will serve as reader Compact Flash cards up to 64GB.

You may also like to read another article on iMindSoft: For Intel the death of 3.5mm makes sense with the arrival of USB-C

This is the FloppyFlash, a unit designed with exact size to occupy the space of the floppy drive, the installation is as simple as we just need to disconnect the old unit and remove, thus placing the FloppyFlash and connect the same 34 – pin port.

This unit is not the fastest in the world, as their speeds can be adjusted via software between 125 and 500 Kbits per second, and all through removable Compact Flash cards. We also find an Ethernet port to connect to the network and we can store information we have on internet or share with other users from the same card.

Everything is controlled by software and there is even the option to add layers of security so that only authorized people can use the unit. The company also promises that there will be periodic updates of firmware, for which the unit included in the USB port is used. So far the company responsible for FloppyFlash has not disclosed the price or availability date, but says the price will be very accessible because the goal is to replace the old floppy drives.