Home Tech News Bill Gates: “If a robot replaces the work of a human, this robot must pay taxes like a human.”

Bill Gates: “If a robot replaces the work of a human, this robot must pay taxes like a human.”

The next big revolution will be the arrival of robots to jobs, something that has already begun to happen in various regions of the world, in some companies and even in restaurants, where machines are taking control of production chains and automation Of tasks. This will mean a major change, and for example, they are already thinking about how to regulate it.

Among the voices that have given their opinion about the upcoming revolution, it is the Elon Musk who says that we should merge with the machines but want to be irrelevant. And now that of Bill Gates, who asks that robots have the same fiscal responsibilities as humans. 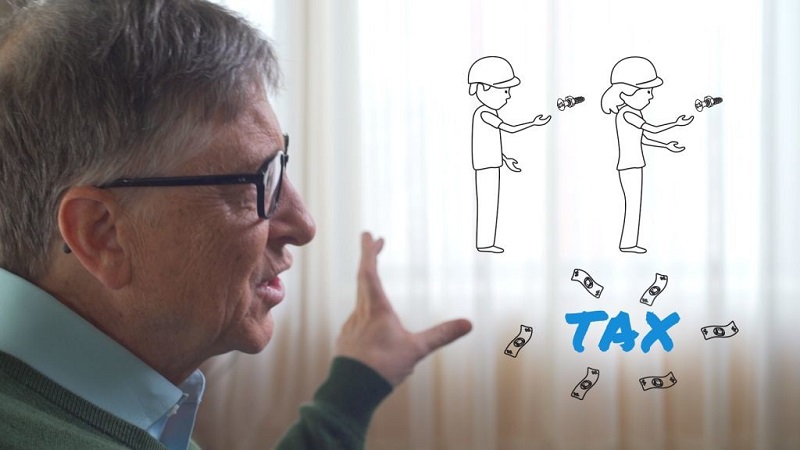 Robots will allow humans to focus on tasks of empathy

In a recent interview, Bill Gates shared his interesting insight into how things should be when robots are most at work, a predicted scenario will become a reality in the 2030s.

The former Microsoft leader mentions that if companies are convinced to recruit robots as a workforce, this will have consequences, not just for humans, but for the same companies as they should pay the same taxes as if they had humans. This logic is because companies that are opting for robots will continue to increase their revenues by reducing costs and increasing production, so each robot should be taxed at a similar level, and even above that of a human worker.

You may also like to read another article on imindsoft: Artificial intelligence is already preparing for the complex art of lip-reading

However, with the arrival of the robots, not everything is bad news. This movement will allow humans to free themselves from workloads that ultimately affect physical and mental health. This will allow us to participate in areas that are now being neglected, such as education or care for the elderly or the sick, which are tasks that require empathy and human understanding.

This is how Gates is asking governments to start working on clear rules before the imminent arrival of robots, as companies will start to see benefits from these changes in the short term, hence the importance of setting taxes, or implementing the already Mentioned basic income, because this will be the only way for society to continue to evolve.

Bill Gates mentions that we need a society educated and prepared for complex tasks, since physical and non-specialized jobs will be eliminated with the arrival of robots. This can also be translated as good news, since the human being will look for the way to be better and not conform.