The rumors about the mysterious Nokia smartphone with 5 rear cameras came to life with the name of Nokia 9 Pureview, which was presented in an event just a few hours from the MWC in Barcelona.

The front of the device is in line with the times, with a very large display and without the presence of the notch as we are used in this period. In short, the front part is very traditional with upper and lower edges that conceal the holes for display and audio capsule; but the novelty is definitely the back part that hides the 5 cameras.

The seven circles arranged in a hexagon immediately jump to the eye. In fact, at a more accurate view it is noted that only 5 of these 7 circles are cameras while one is the LED flash and the other a sensor

Regarding the architecture we are instead in front of a Snapdragon 845 of 2018: lending but not in line with the top range presented recently. However, this decision was deliberately chosen because currently the Nokia 9 Pureview is the smartphone with the most sophisticated photographic industry and to optimize it Nokia had to change the Snapdragon 845 chipset, a process that took time – thus discarding the choice of the new 855. 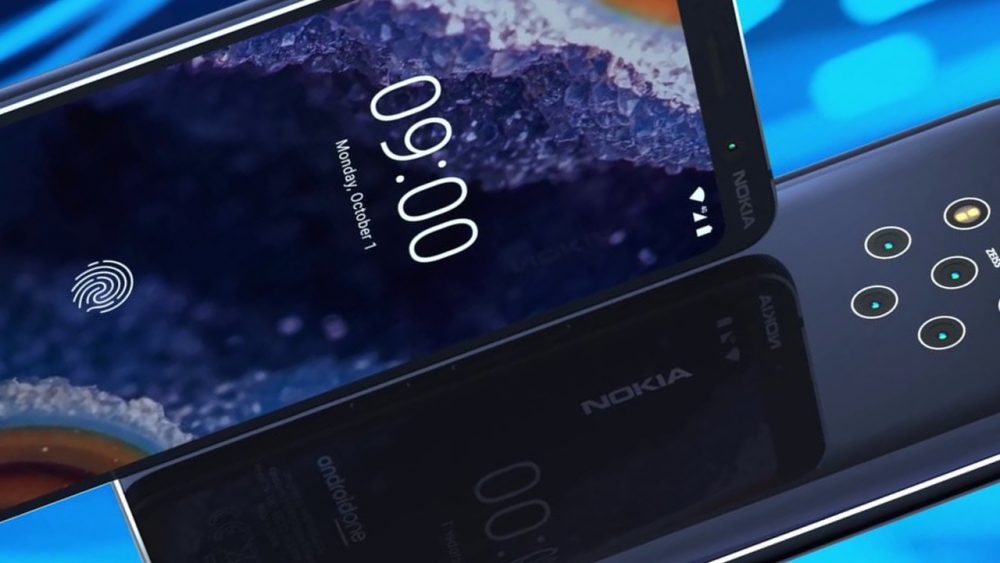 It should be noted, however, that the 5 cameras do not have zoom or wide-angle sensors, but all work with one purpose: to provide the best photographic quality. Each of the 5 lenses captures a slightly different perspective of the photo allowing the Nokia 9 Pureview to process over 1000 levels of sensitivity and depth. The difference is actually noticed, in fact the Bokeh effect alone is among the best that a smartphone can offer today. The same thing is noted for HDR photos that are among the best we have seen to date on a device that is not a real camera.

Nokia also explains that the monochrome sensors of the Nokia 9 capture almost 3 times more light than a traditional RGB sensor that turns into a better level of detail. To maintain this level of detail throughout the processing process, Nokia worked with Adobe on a RAW DNG profile for Photoshop. It also worked with Google to make sure that the Nokia 9 photos are compatible with Google Photo, allowing them to be quickly modified.

As for the other specifications we find 6 GB of RAM and 128 GB of storage. Unlike other smartphones we find a POLED display with FHD resolution.

We will wait to try it in depth to draw conclusions u this device since the photographic potential is there and we are curious to test it for good.