A minicomputer plate for $16? CHIP Pro is new competition for Raspberry Pi Zero

The tiny computer CHIP has become quite popular since it appeared last year, mainly because of its price: $ 9, rapidly rising to $ 30 if we put shipments, adapters and cables. Costs aside, has become a decent competition for Raspberry Pi Zero.

With it we can do many things, one of the most famous is the use as a handheld brain PocketCHIP. The developer team has considered that it was time to upgrade to the microcomputer, and do so in two ways : a version CHIP Pro which costs $ 16 and a chipGR8 SIP (processor and RAM) that goes for $ 6. 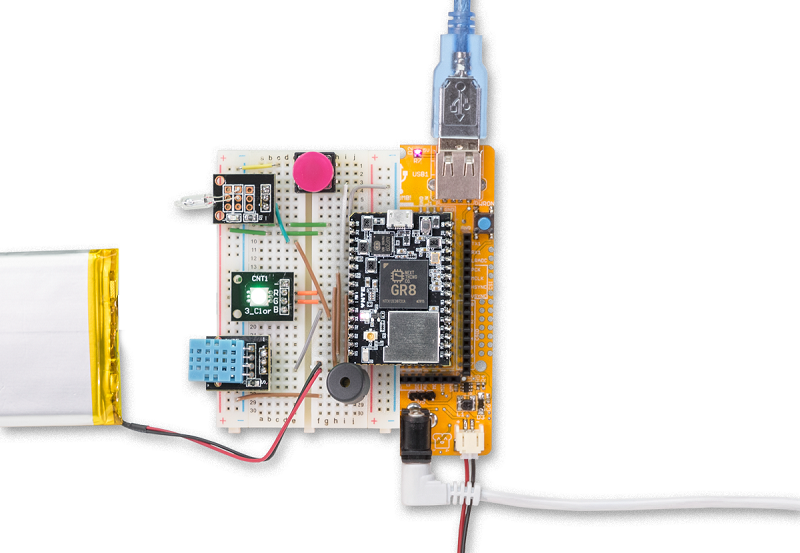 While CHIP Pro is a board that lets you create a small computer based on Linux, GR8 SIP is basically the brain of it. We are specifically to a processor Allwinner R8 (ARM Cortex-A8, 1GHz) that features 256 / 512MB RAM (DDR3), and a graphical Mali-400.

The fact choose “Pro” adds us the WiFi / Bluetooth 4.2 connectivity, microphone and Toshiba memory for storage. There are also drivers for SD / MMC cards, image input and output, USB, and serial ports.

You may also like to read another article on iMindSoft: Did you like the NES Mini? With this cartridge with Raspberry Pi and 2400 Zero games you are going to hallucinate

They will create half a million units for the first quarter of 2017, they are expecting to have a good reception

There is a third option in which we offer a pair of plates CHIP Pro, a development board and some tools to facilitate connections. This offer goes for $ 49. All products are offered for sale in December, but you can already book.

The company offers the possibility of sending Factory Pro firmware modules you need. Each CHIP Pro comes with an annual subscription cloud The Next Thing – creators – from it can be applied software updates or manage and encrypt content from the same point, regardless of the number of plates. When finished, the annual price is one dollar.