Nokia 8: Much Muscle and Double Zeiss Camera For a Highly Anticipated High-End

At the beginning of the year the long-awaited return of Nokia was confirmed at the hands of Nokia 6. At the MWC we met its little brothers, the Nokia 5 and Nokia 3, but although we already had a catalog of three models it seemed that Nokia’s return did not It had been completed. The missing piece is here, its name is Nokia 8 and it comes to compete face to face with the high-end Android.

The Nokia 8 has been a tireless protagonist of rumors and leaks in recent months, so many of its features do not come as a surprise. Following the tradition of the extinct Lumia family, Nokia again emphasizes the photographic section with a Zeiss lens that also comes in duplicate this time. These are all the features of the Nokia 8. 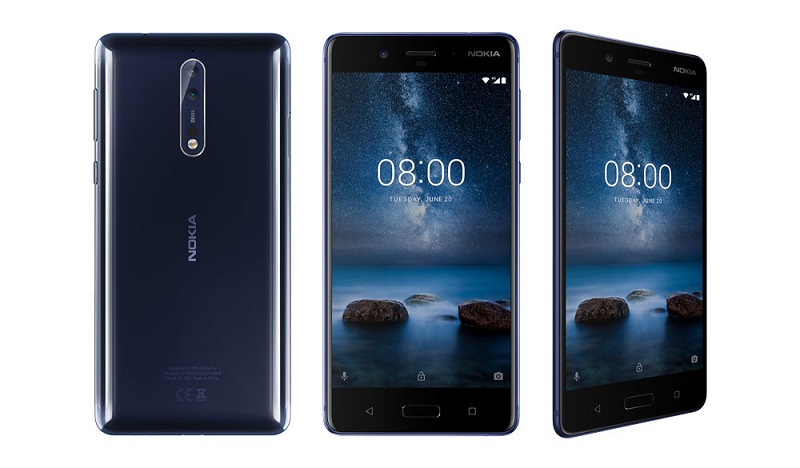 The rumors already advanced, but now we can finally confirm that Nokia has pointed high on the technical side. The brain that moves its new flagship is none other than Snapdragon 835 by Qualcomm, the same chip that we find in phones of the size of the Galaxy S8, the OnePlus 5 or the Xperia XZ Premium. It is accompanied by 4 GB of RAM and 64 GB of expandable storage with MicroSD. With this configuration, you can expect a very smooth performance, but here also helps the fact that the software comes without any visual layer, only pure Android in version 7.1.1 Nougat.

With regard to the connections we have enough variety, including LTE Cat 9, dual band WiFi, NFC, USB-C 3.1 and, of course, the headset mini-jack. For the battery, we will have to wait to try it, but 3090 mAh may be somewhat fair, especially for that QHD screen. It also includes Qualcomm Quick Charge 3.0.

No doubt the camera was one of the points that stood out in the mobiles of the old Nokia and the Nokia 8 keeps the tradition. However, it is a special camera since it is the first time that the firm is committed to the double lens that has already become almost an essential in the high range.

We have a configuration that combines a 13-megapixel RGB sensor with another 12-megapixel monochrome, much like the trend that started Huawei with the P9 last year. An interesting detail here is that we have an optical stabilizer, but only in the RGB sensor. The lens, signed by Zeiss, has aperture f / 2.0 and covers a viewing angle of 76.9 degrees. It also features focus by phase detection and double-tone flash.

You may also like to read: HTC U11, eye-catching, powerful and with one of the cameras of the moment

Two sensors: One RGB 13 megapixel with OIS and another 12 megapixel monochrome, both protected by Zeiss lenses. This is Nokia’s commitment to photography.

On the functions of the camera, Nokia wanted to be original and premiere a video option called Dual-Sight with which you can record videos simultaneously with the rear camera and the front. The result is a video divided into two halves with the vision of both cameras, although Nokia has decided to call it Bothie. With respect to the recording of videos, sound is another of the highlights of the Nokia 8. It has OZO Audio, a system that combines three microphones to achieve a more enveloping effect.

Speaking of the front camera, the Nokia 8 mounted a 13 megapixel sensor with f / 2.0 lens, focus by phase detection and flash function through the screen.

Design: Balanced size and uni-body aluminum, but with frames 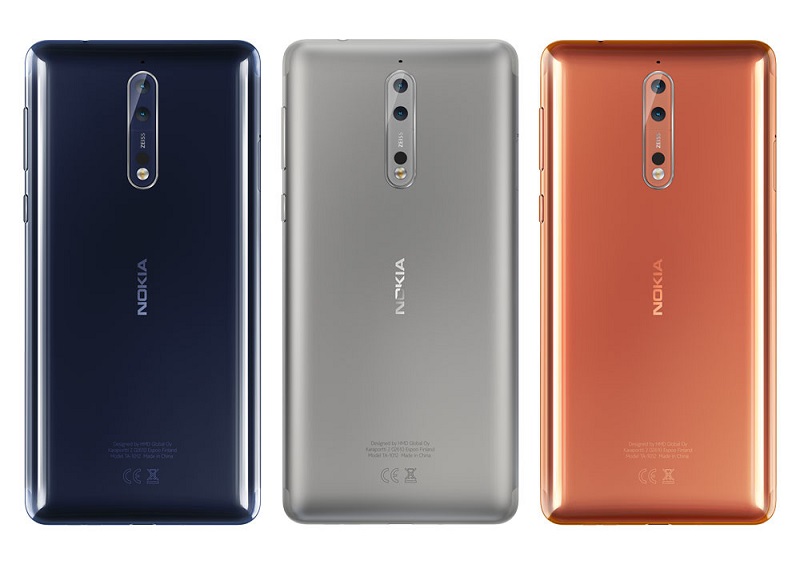 We have already seen that the Nokia 8 follows the trend of the double camera, but there is another trend that is increasingly established in the high range that we do not find in this model: the design without frames. Here Nokia has been traditional and brings us a design with two rather prominent frames in the upper and lower areas, while the sides are tighter.

The fingerprint reader is located in the front and it would be responsible for us having that wide space, although in the upper part they could have adjusted it more. However, considering that the screen diagonal is 5.3 inches, the Nokia 8 is not too big a smartphone.

Nokia has been more traditional in design and there is no ‘no framed’ fashion trail. Highlights its polished aluminum chassis with shiny finish.

Regarding the panel, Nokia is committed to IPS technology and QHD resolution. In addition, they claim that the screen reaches 700 nits of brightness, a fairly high figure that promises a good performance in full sun. Also note that it is covered by a sheet of glass Corning Gorilla 5 with 2.5D termination.

Another detail of the design that draws attention is that aluminum has a glossy finish unusual in metallic devices. The material used is aluminum 6000 series, more resistant, and its finish is possible thanks to a long process of anodizing and polishing. It also has an IP54 certificate of splash resistance. 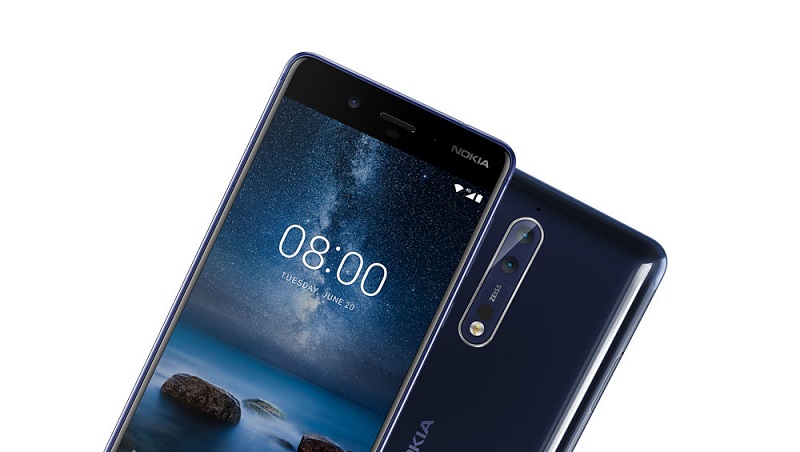 In its new stage, Nokia has been characterized by offering relatively affordable terminals, of course until now they had only announced mid-range models. Now that its high range arrives, the price is one of the most outstanding unknowns. The rumors point to 520 dollars, although at the moment there is no official confirmation on price nor availability. We have consulted with HMD and the answer has been that it will be communicated at the moment of reaching the different markets.

Nokia has created a very capable high-end in many ways; has a camera that promises very good results, is powerful and has a design that without being the latest, transmits quality and premium sensations. However, Nokia is no longer a leader in the sector, lost the throne long ago and, if you want to recover positions, the price is key to making your new Nokia 8 an alternative to the more established high-end.